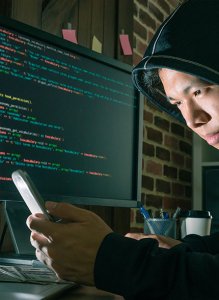 As we move closer to the holiday season, American’s are no doubt beginning to think about gifts for loved-ones and friends. Finding that perfect gift though can often be a challenge and even stressful for some. Increasingly, pre-paid cards, or gift cards have become a viable option for those struggling with what to purchase by alleviating the guess-work associated with shopping.

This has given rise to a booming industry.

Pre-paid cards offer a fast and convenient alternative for shoppers, allowing the recipient to choose what they really want or need, as well as the convenience of purchasing a product wherever credit or debit-cards are accepted. Just as pre-paid cards have revolutionized gift-giving, they also represent a unique and growing challenge for America’s law enforcement, regulators and politicians.

WHAT IS THE PROBLEM?

Transnational Criminal Organizations (TCOs) and other crime syndicates, including drug cartels, those engaged in human smuggling, sex trafficking and terrorism, can potentially exploit vulnerabilities in the financial system, making it difficult for authorities to distinguish between those engaged in legitimate commerce and illicit criminal activity. In fact, increasingly pre-paid cards are being used today to launder illicit proceeds of crime on a global scale.

While reporting requirements under the Bank Secrecy Act of 1970, anti-money laundering compliance efforts by financial institutions, and successful investigations by law enforcement have undoubtedly strengthened banking systems in this country, criminal organizations continue to seek other means and methods to diversify the movement of their illicit funds.

Unfortunately, America’s laws and regulations have not kept up with the modern world in which we live nor with the continued advances in new and revolutionary technologies.

For example, who could have envisioned, even 20 years ago, the birth and impact of smart phones— and with that the ability to transfer money with a simple swipe of a finger to anywhere in the world in matter of seconds?
Pre-paid cards most certainly offer a convenient means of commerce for legitimate consumers, but the reality is that they have increasingly become an attractive medium for money launderers and smugglers.

Unlike cash, and most other forms of cash alternatives, pre-paid cards are not expressly defined as a “monetary instrument” under U.S. statutes and regulations. This means that they are not subject to the same International Transportation of Currency or Monetary Instruments Reporting (CMIR). The CMIR mandates that a form be filed reporting every international transportation, mail, or shipment of currency or other monetary instruments in an aggregate amount that exceeds $10,000.

WHY IS THIS IMPORTANT?

Some estimates put the annual value of illegal and illicit activities occurring in the U.S. at more than $120 billion.

While much of that illicit money is still transported via bulk-cash, other electronic methods have become increasingly attractive to criminal organizations.

While most legitimate prepaid cash card program managers and issuers will not allow more than $10,000-$15,000 to be held in a prepaid cash card account, there are programs operating outside the U.S. that will allow higher balances.

Consider the logistics required to smuggle millions of dollars in illicit bulk cash out of the country. How much time, ingenuity and resources are required to hollow-out hidden compartments in a tractor-trailer, or to stow away cash in the lining of a car seat, gas tank or wheel well?

Now imagine crossing the Southwest border with a single pre-paid card, or possibly a trunk full of pre-paid cards, without so much as having to declare that to border officials.

It seems so simple, but this is the reality today. Law enforcement, therefore, needs the tools necessary to combat this emerging threat.

Unfortunately, America’s law enforcement professionals and those responsible for protecting our national security are hamstrung by outdated laws and regulations, which leaves us vulnerable to the ever evolving threat of transnational organized crime and the illicit proceeds used to fund their criminal activities.

This vulnerability presents a unique challenge that will require not only a change in statute to address, but also resources and technology. The Credit Card Accountability, Responsibility, and Disclosure Act of 2009, signed into law in May 2009, mandated that the U.S. Department of the Treasury, in consultation with DHS, address the risks associated with pre-paid cards.

Shortly after the prepaid final rule came into effect, FinCEN proposed another amendment to the BSA Regs which would add prepaid cards to the definition of a “monetary instrument.”

While the public comment period for the proposed amendment ended some time ago, FinCEN has yet to release a final rule.

AND THE TECHNOLOGY? IT EXISTS TODAY.

The Electronic Recovery and Access to Data (ERAD) Pre-paid Card Reader is a small handheld device that uses wireless connectivity to allow law enforcement officers in the field to check the balance of cards. If an officer identifies suspicious pre-paid cards, a temporary hold can be placed on the linked funds until a full investigation can be completed.

The use of this technology is not without controversy. Critics argue that the machines are unconstitutional and infringe on Fourth Amendment prohibitions of unreasonable search and seizure. Critics also claim that this technology could potentially lead to abuse by law enforcement tempted to boost their own budgets by seizing assets frivolously under civil forfeiture statutes.

But while American politicians and regulators have continued to drag their feet, for more than a decade, transnational criminal organizations continue to exploit this and other vulnerabilities to fund their illicit activity world-wide. Closing these vulnerabilities in America’s financial system is essential to protecting America’s national security. Continuing to ignore the problem, makes our homeland less secure and it is time for the U.S. Government to act.